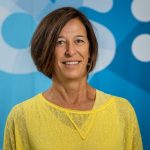 Republished with the agreement of the EUA

With the rapid growth of the student body, the need to refurbish university real estate and the changing balance between block grants and project-based funding, an in-depth discussion is needed about the framework conditions for universities. By looking into the French system, Virginie Dupont addresses issues common across Europe, while shedding light on new opportunities presented by Next Generation EU.

As it emerges from the pandemic, the French university sector finds itself confronted with funding challenges often similar to other European countries. The French Conference of University Presidents, France Universités, is concerned about the changing balance between basic and competitive funding, as well as the capacity of universities to accommodate a fast-growing student population. There are also new opportunities to be seized through the national recovery plan under Next Generation EU.

The consolidated budget of universities in France is about €13 billion with 82% allocated directly by the state, while 18% comes from the institutions’ own resources. The latter may include public funding from the French Agency for Research, the Investments for the Future Programme, or European funding. All in all, public sources account for more than 93% of university funding.

It is against this backdrop that the share of project-based funding is becoming increasingly important, while block-grant funding remains stable. This is a trend that is not likely to change in the future.

One illustration is the prolongation of the Investments for the Future Programme, which is now in its fourth edition (PIA4). More than €2.5 billion will be devoted to increasing support to universities, higher education institutions and research organisations over the next five years. Currently, it is not known how much of this lump sum will actually go to universities. whole sum will be distributed by means of calls for projects.

In times of crisis like the Covid-19 pandemic, this project-based funding approach has become a real challenge. Broadly speaking, project-based funding raises important issues: it benefits research more than teaching and training; the procedures associated with such schemes are often cumbersome and complex; and, as they generate additional costs, they do not make up for the stagnation of block funding.

Ideas for the next decade

Over the last few years, research funding has been prioritised through calls for projects. Now, in a context in which public expenditure is constrained, it is often at the expense of funding for teaching and training that this choice has been made, whether consciously or not. We need to rebalance funding and remind policymakers that training and research are completely intertwined.

Within research, we must make sure that long-term funding is no longer sacrificed to short-term funding priorities – meaning, that blue-sky research does not come second to applied research.

In the funding model, we must also revisit the question of the distribution of funding between universities – in other words, between operational and performance-based funding. The measurement of performance has always been a complicated problem, one that most European countries seem to be facing. In France, we do not have a clear resource allocation system, as France Universités has repeatedly pointed out.

Clearly, the alliances formed under the European Universities Initiative are now faced with a similar dilemma. Therefore, in September 2020, France Universités called for ensuring long-term funding for the 41 existing networks. The Commission seems to have made the decision to allocate a “fixed yearly amount” to the existing alliances, although it may vary depending on the number of members. Yet, this goes hand in hand with what appears to be an attempt to establish a selection based on the “past performance of the first three years”. This is very similar to the choice between block-grant funding and performance-based funding.

In line with the general trend towards a greater share of competitive, project-based funding, the French recovery plan under Next Generation EU will fund some university activity. It is, however, difficult to identify the amount of funding that will go to universities under the plan, which is worth nearly €40 billion. According to figures from the Ministry for Higher Education and Research, €6.5 billion have been earmarked for actions in higher education and research.

In addition, an important funding source that has been granted to universities under the recovery plan relates to the energy renovation of public buildings. For several years, France Universités has stressed the need for a greener and energy-saving transformation plan for university buildings, most of which are ageing and no longer fit for the energy transition. This is a growing concern amongst students, higher education and research staff, as well as presidents and their teams. France Universités has calculated that more than €4 billion will be needed to renovate university infrastructure. The real estate assets of universities represent a very important part of the public patrimony.

As part of the French recovery plan, a call for projects worth €2.7 billion was specifically geared towards the energy renovation of public buildings. The higher education and research sector has been granted about half of the sum, with €700 million euros for universities alone. Although the projects are varied, all aim at significantly improving the energy performance of the institutions, but under one condition: the transformation must be implemented very quickly.

France Universités welcomes this first step. For the universities that have obtained this funding, this has really been a blessing over the long term: the energy savings that will be achieved will allow for a progressive rebalancing of university budgets.

We have serious challenges to face. The rapid growth of the student body, the refurbishing of our university real estate, the changing balance between block grants and project-based funding, all call for an in-depth discussion about the framework conditions in which universities will be operating in the coming years.